Accueil » Explore our experiences » Roaming along the Boutonne

By following the banks of this tributary of the Charente from Tonnay-Boutonne to the Chizé forest, you’ll enjoy a delightful natural break in the heart of undulating countryside.

Hike along the Banks of the Boutonne

The Banks of the Boutonne offer many opportunities for hikers or cyclists in stretches of 10 to 45km or, for the more motivated, of several days.

The Banks of the Boutonne pathway, waymarked for more than 100km joins two major itineraries:

It’s easy to imagine, when you arrive at the starting point of this itinerary, the former role of stronghold of this fortified town, that, from the height of the riverside promontory, controlled the surrounding territory.  The keep has been demolished but the majestic “Porte Saint-Pierre”, erected in the 16th century tells of the past linked to the legend of Ganelon who betrayed Roland at Roncevaux.

So, are you ready for an adventure?

Right, try the geocaching circuit organised by Tèrra Aventura, an original, fun trail of a few kilometres.  Your job is to resolve puzzles on the picturesque places of the town – history, local heritage, legends and anecdotes.  The grail?  The PoîZ, little fantasy characters who people the universe of Tèrra Aventura and whose badges are collectable.  Download the app and let Poîz Zéïdon guide you along the banks of the Boutonne.

Before heading for Saint-Jean-d’Angély, do make a detour to Puyrolland; from here you have a 360° panorama on the surrounding countryside and the Trézence valley.  The Saint-Pierre church stands proudly on this promontory, in part damaged by a fire but it nevertheless retains part of the nave and its remarkably sculpted doorway from Romanesque times. 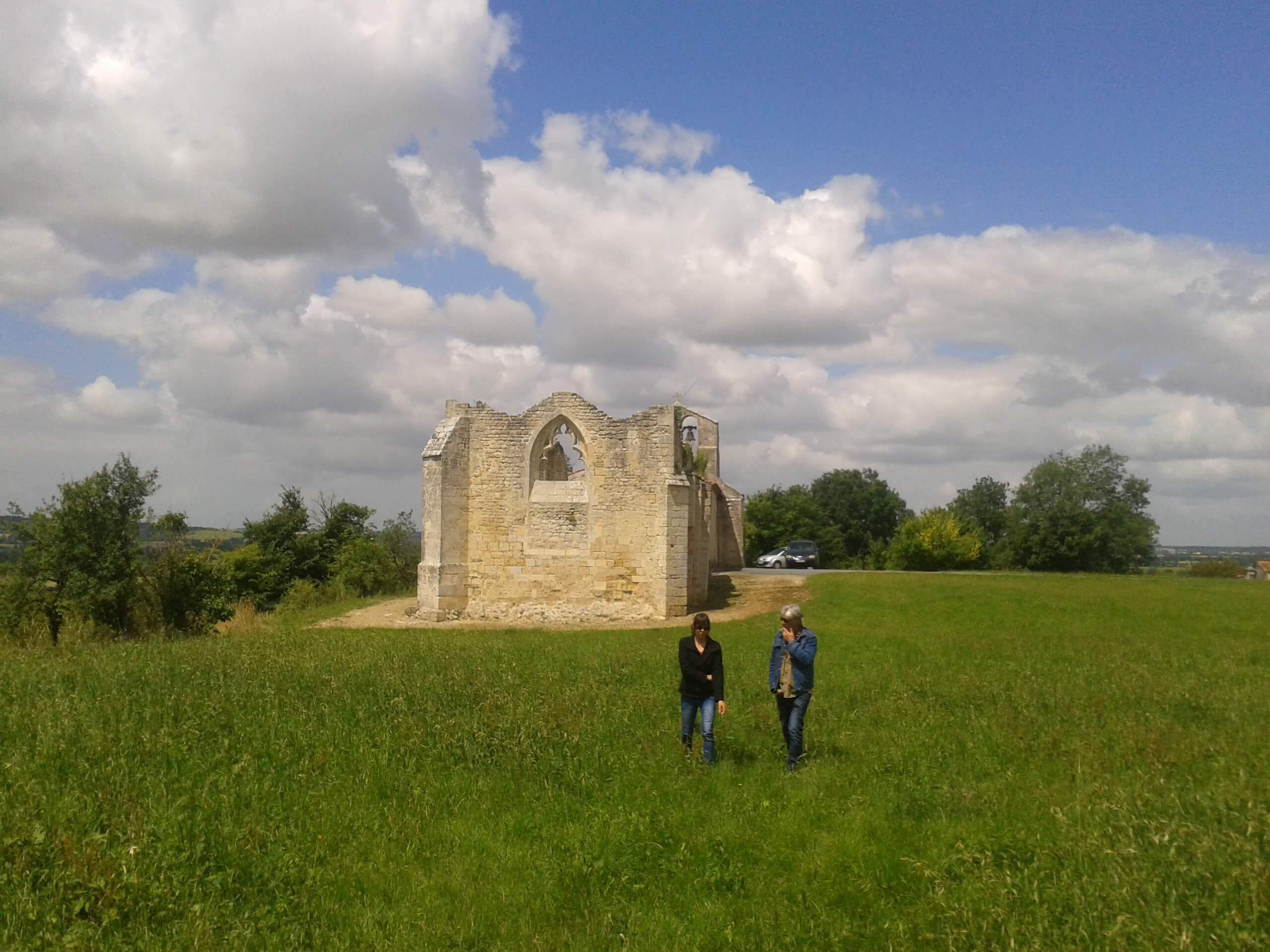 Head for Saint-Jean-d’Angély via the lanes

If you journey along the river and its marshes via Torxé, here you’ll see a dovecote, there the mill at Saint Marmé or the sluices of the Houmée … before reaching the “capital”.

Set on a hill in a meander of the Boutonne, Saint-Jean has some very pleasant heritage surprises.  The town centre, a network of tortuous medieval lanes to stroll through, conceals a host or architectural richness.  Half-timbered houses, townhouses, towers and a belfry around the major site of the Abbaye Royale make up this halt on the Way of St James.  If you can and if you have the time, do climb to the top of the towers, visit the Musée des Cordeliers where the expeditions led by André Citroën to Africa are immortalised … or simply relax and enjoy the moment on a café terrace!

A major and unmissable stopover point, you reach Dampierre-sur-Boutonne by taking the little wooded roads beside the river.

Just a few kilometres from the Chizé forest, on the border with Deux-Sèvres, this peaceful village has a remarkably restored Renaissance château.  It’s a real pleasure to discover this jewel thanks to the varied and original visitors’ trail.  The Renaissance gallery, and exhibition on the work of Dali, fascinated by this site, delightful gardens, introduction to mythology, the universe and alchemy … 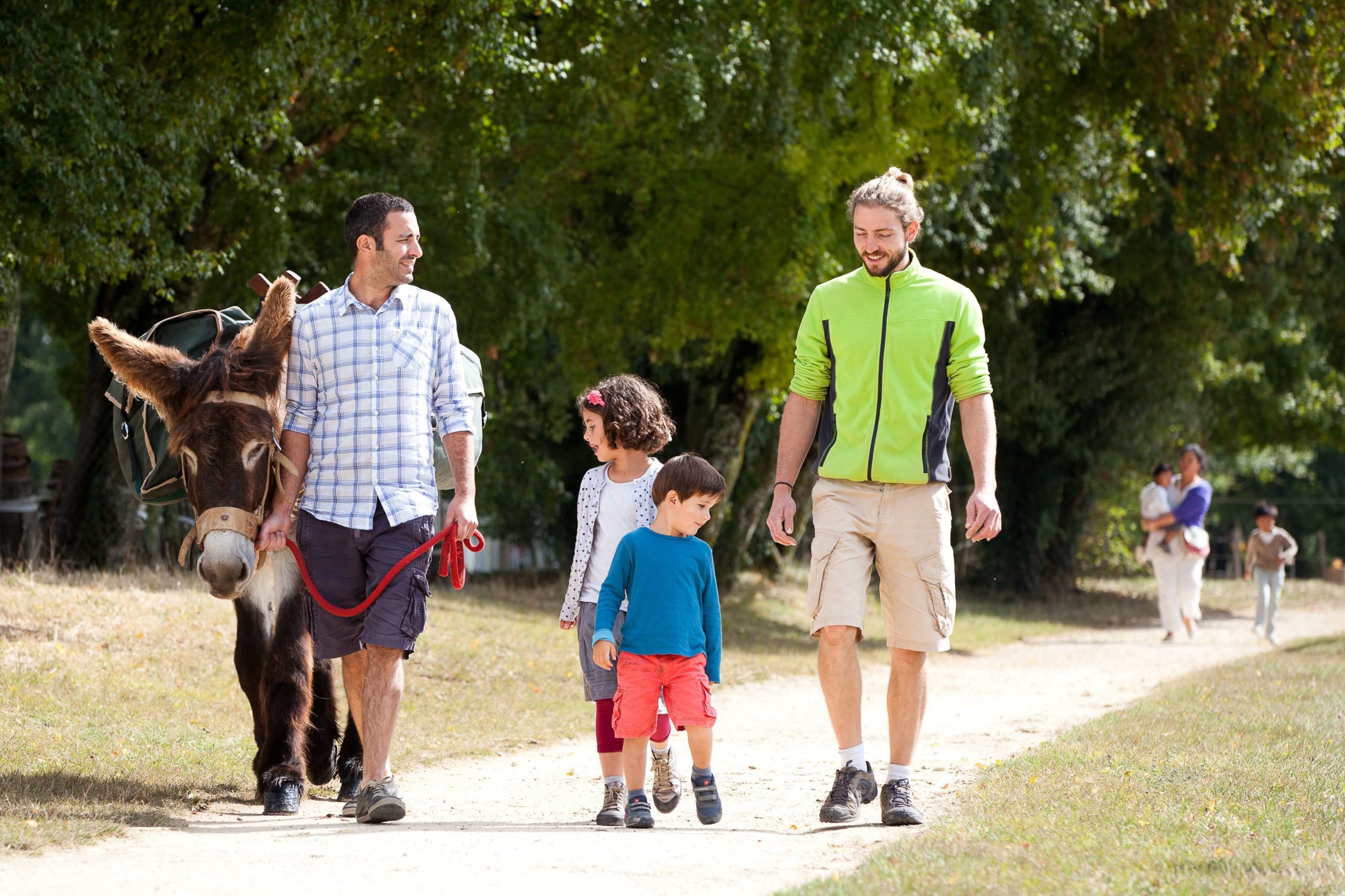 What could be more different than the Donkey Sanctuary at Dampierre, home of the famous Baudet du Poitou.  Yet another essential site to visit, listed in the Nature escapades of Charente-Maritime network.  You’ll find out all there is to know on this incredibly coated donkey and fall under its spell after a pleasant in the forest.

En savoir plus
B